I wonder if George knew at the time he wrote those words that he was ably predicting how swiftly things in the future would change.  I think all he actually had to do to be such an on point prophet was study history, apply a good dose of imagination and innate intelligence, and voila- “1984” was born.  If you’ve never read the book then you probably don’t know what Newspeak is so I’ll post this description:

To meet the ideological requirements of English Socialism in Oceania, (one of the settings in Orwell’s novel, 1984) the ruling English Socialist Party created Newspeak, a controlled language of simplified grammar and restricted vocabulary designed to limit the individual’s ability to think and articulate “subversive” concepts such as personal identity, self-expression and free will.

Look around you and if you don’t see how that’s being slowly implemented into everyday life then you might as well stop reading now because nothing else I have to say will hold any interest for you. 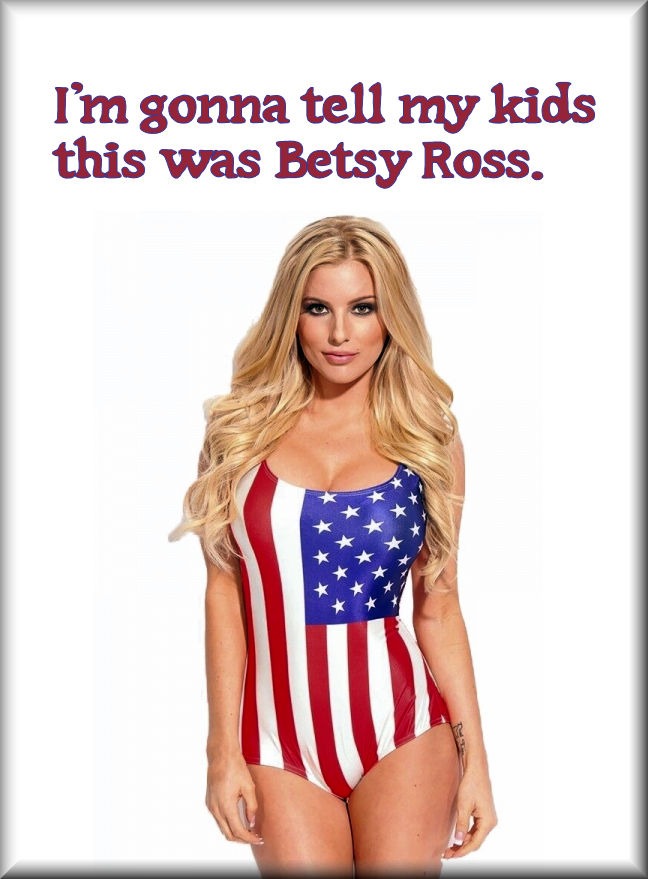 Another way to reinforce the conditioning set forth by implementing Newspeak, as my good old friend David wrote recently on his site, “Third World County”, is by simply doing away with things that would endanger that agenda;  January 21, 2021: Dhimmicraps Start Officially Scrubbing History, by removing The Presidents Advisory 1776 Commission Final Report from the White House website.  He’s taken the copy of it he managed to download and has archived it in case the one he linked to on Wikipedia happened to disappear as well.  I’ve done the same.

I honestly feel that the mainstream media that gleefully reported the removal and did not link to the report, are actively engaged and hand in hand with those in power that intend to shape the United States to their specific design and don’t care a fig for the truth.  If you read the post before this one you’ll see why I lean in that direction.  If history does indeed teach us that we learn nothing from history as Hegel  suggests, why was the document removed?  Simply because it was something that Trump arranged to have put together or because it was too close to actual truth?

Even if it was all hogwash does the President think the citizenry is too stupid or uninformed to make a decision on something’s relevancy?  Could very well be,  he’s sitting in the office and that says something about people’s intelligence right there. Whatever the case may be you’ll have to read it to decide for yourselves and thanks to Wiki and David and myself, and the others out there that are also saving the PDF file, you’ll be able to at least have a hope to find it if Wiki’s disappears too. The Wayback Machine has an archived copy also. It was on the White House site on the 18th and gone on the 21st. 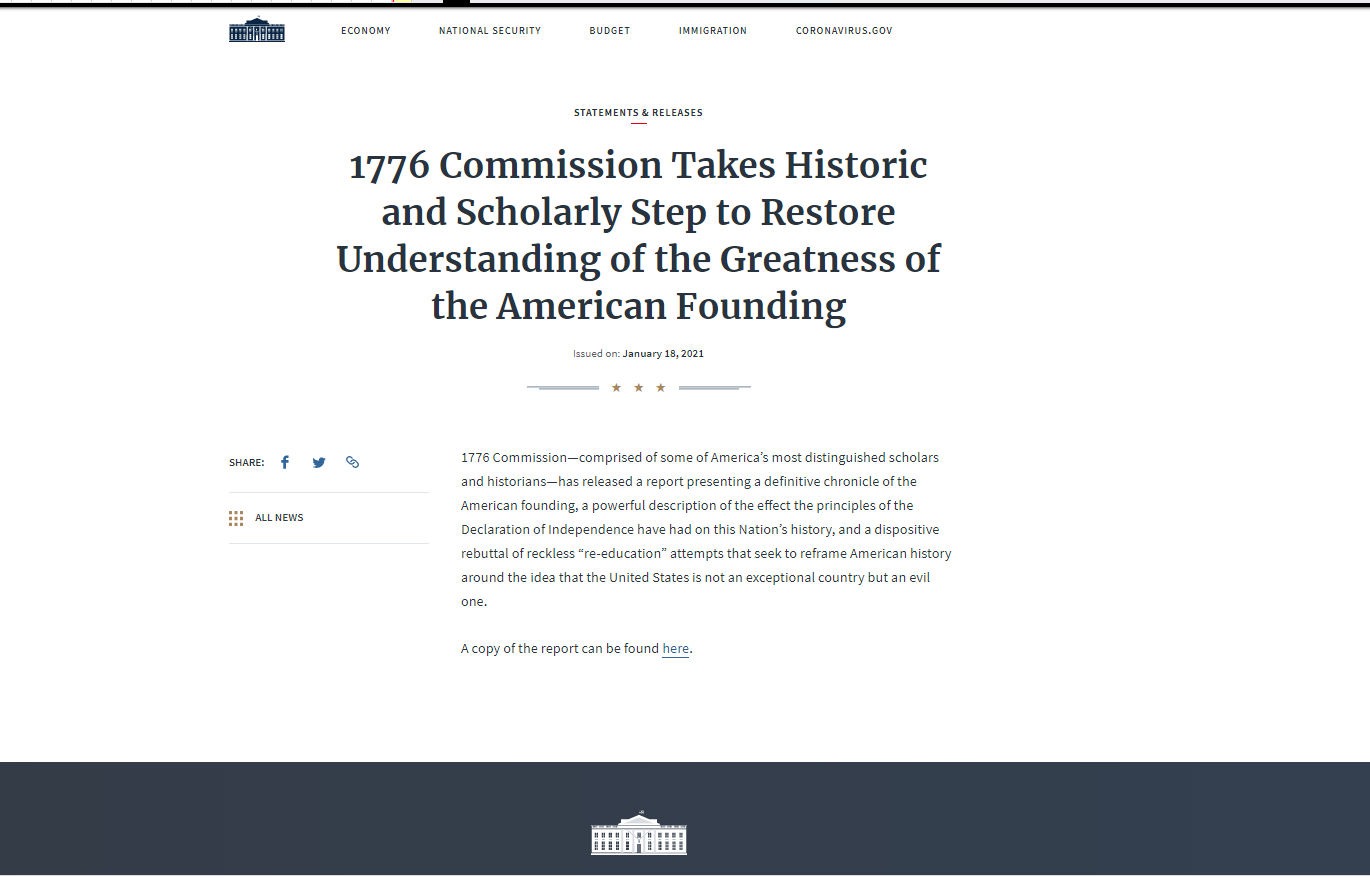 If you go to the White House website search and type in 1776 to see what will be found for that you’ll see a lot of references to Joe Biden and “racial equality” and what he’s going to do to promote that. It sure won’t find any trace of the document he had removed.  So now he’s the face of racial equality? Excuse me.  A few of his quotes are in order I believe.

“unlike the African-American community, with notable exceptions, the Latino community is an incredibly diverse community.”

“I think the Democratic Party could stand a liberal George Wallace — someone who’s not afraid to stand up and offend people, someone who wouldn’t pander but would say what the American people know in their gut is right”

“I oppose busing, to the chagrin of some of my liberal colleagues”

“You got the first mainstream African American who is articulate and bright and clean and a nice-looking guy. I mean, that’s a storybook, man.” (speaking about President Obama.)

“We should challenge students in these schools. We have this notion that somehow if you’re poor, you cannot do it. Poor kids are just as bright and just as talented as white kids.”

So to hell with all the other races I guess.  Only blacks and latinos and whites seem worth a mention to him for the most part.  I’ve never really thought about myself as a white American.  I’ve just always thought I was a person.  The more you refer to people as this or that the more it reinforces those words in a person’s mind.  He could have said various segments of our population are dying much faster than others and that’s no one’s fault.  You don’t have to relate everything in terms of color but then it wouldn’t stand up to whatever agenda you’re trying to promote now would it?

I detest the man and his lies about his son and what he knew about China and the Ukraine.  Anyone with a single lick of sense that has seen the evidence I’ve put together, and can believe that he and his son weren’t involved in some really shady dealings are either delusional or lying to themselves.  It is SO obvious.

Don’t listen to the Newspeak.  Do your own research.  OPEN YOUR MINDS. 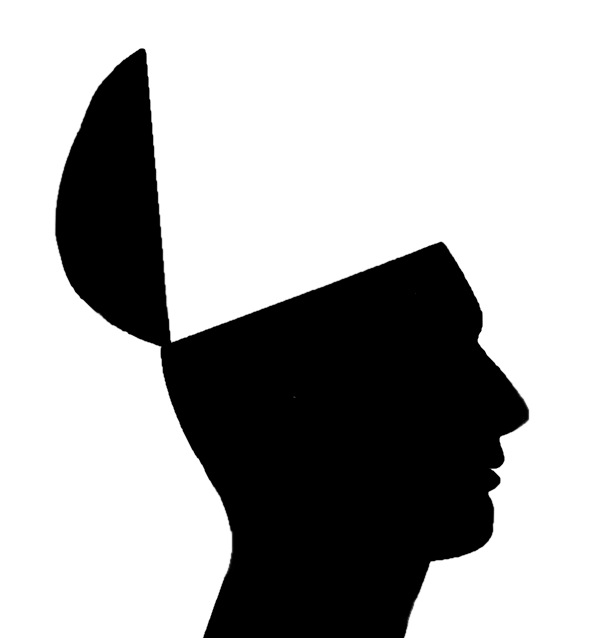