I am so confused, but that’s really nothing new.  However,  Facebook sure seems to be robbing Peter to pay Peter.  Shareholders and salaried employees are the only winners in this latest change to how things are being done that will directly affect people who have fan pages and in turn trickle down to fans. Facebook management cares about nothing more than lining their own pockets  and keeping shareholders happy and  that’s the clear path the site has been on since going public back in May of 2012. The way they’re going about it though, is repugnant to me. This is how I see it and how I think anyone that doesn’t see it the same way should start looking at it.  LOL  It’s crystal clear even though they try to wrap their intentions in technical mumbo jumbo hoping that people who aren’t too Internet savvy won’t realize how they’re being manipulated until after the fact.  Fan page owners and prospective advertising clients should really make the effort to see past “official” promises and double worded explanations and instructions.  Maybe I can clear up  some of the haze surrounding some opinions while I attempt to explain the way I see things in an attempt to have others who just jump on a bandwagon step back and calculate just what “type” of bandwagon they’re jumping on. Don’t be a lemming. 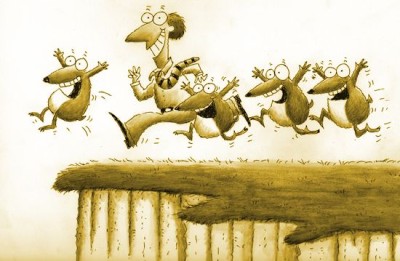 Facebook already has staff assembled,  and software waiting in the wings,  (if not already executed ) that will have a lot of people assisting in what virtually boils down to crimes against themselves.  Poor Peter is simply the key player in a well-planned stick-up. 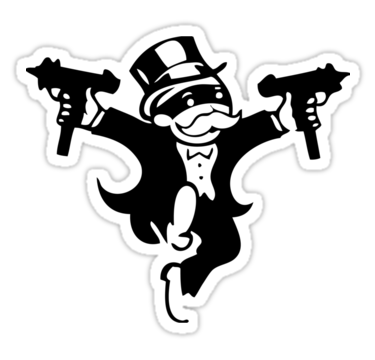 As everyone knows that hasn’t been under a rock,  since the timeline was put into motion and the company went public, there have been fewer and fewer people who are satisfied with seeing what they’re  seeing in their news feeds. Each month it’s gotten worse and there’s always some half-ass excuse floating around the rumor mills for why there’s such a lack of relevant  content in the news feed.  What happened to your updates from the fan pages you’ve liked?  You don’t see hardly any of those anymore.

Yes, I understand that Facebook is a free service and if I don’t like it I can get the hell off, but I’m not calling them to task for offering free services that anyone would be a fool not to partake of, but for their underhanded and sneaky ways of going about what should be the plainly spelled out and above board business of generating income. I would much rather have someone take from me outright than to have them pretend to be my friend when the whole time they had their sticky fingers in my pocket, or were  planning a devious way to put them there. An actual request would be the most favorable option. 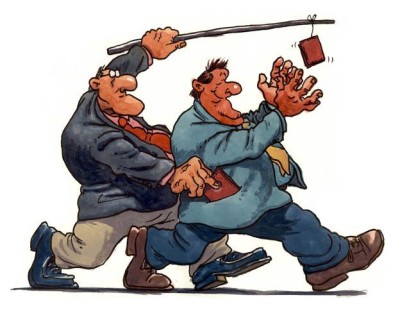 What am I talking about?  It’s really quite simple. You used to see what you wanted in your news feed because the site wasn’t run at that time by a bunch of money grubbing accountants like it is now.  Fan Page owners didn’t have to post every half an hour or so just to keep trying to get people interested because they made good content, their fans saw it and liked it and shared it and Facebook worked like it was set up to.  Then the business men entered and now everything is coded to within a fine frog’s hair so that the news feed does what Facebook wants it to so they can generate income from advertisers and the fan page owners that are willing to pay the bastards to promote what used to come naturally.  You know-  what they’re calling organic reach.  Organic reach my ass. Word of mouth more or less but it was put in motion by a click of a share button or a like button. Now it’s put into motion by the click of one of these buttons on this picture and titled “promoted”. 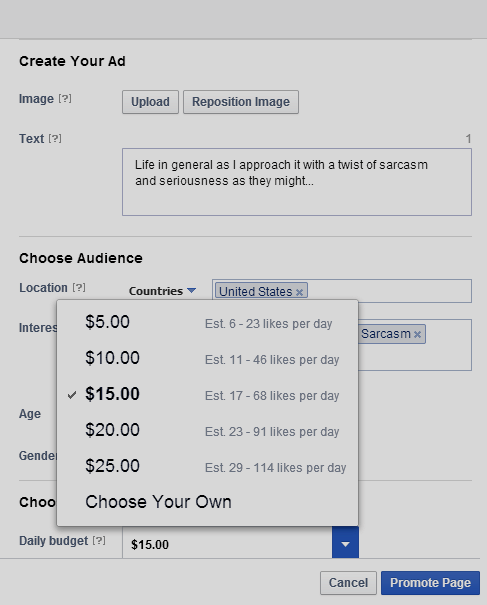 On the administration panel of pages you create on FB whether they be fan pages, a business page or a page for a non-profit organization there’s a blurb about assisting you in your quest for page likes and the way you do that is to promote your post, page or website. You know, the thing real people used to do for no reason other than they liked something and pages and products failed or succeeded on their merit alone.  Look at the prices they have for an estimated amount of likes.  This is the price PER DAY.  And it’s not even guaranteed you’ll get the larger number of likes in the spectrum.  Multiply the number of people on Facebook that are lemming enough to pay even just 5 bucks a day to promote something and add that up.  It’s not like they weren’t making enough money from advertisements as it was.  They had to jack with the very heart of Facebook and what built it and squeeze that tit too.  GREED.  One of the seven deadlies, don’t you know? 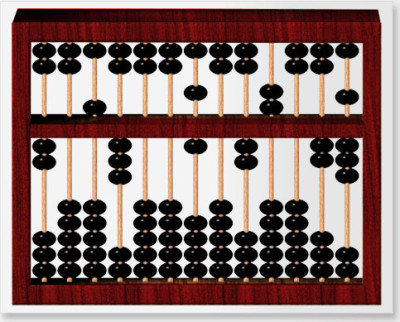 Now let me ask something. Where are the likes you’re paying for coming from?  Does Facebook put a sign up on monitors everywhere or what?  Of course they don’t.  They unfucking block your news feed and start letting some of the content you busted your ass making leak through the pressure gates to the people that when they see it will do just what they’ve always done.  Come and click like on your page and then probably share a few things.  This time though you’re having to pay for what used to come naturally and that’s coercion.   It’s controlled, it’s well planned and what the worse part is, while you’re paying them to attract these unspecified amount of likes, they’re removing the likes you have already accumulated under the guise of cleaning up inactive profiles.  LMAO  So here you are paying them for likes they’re removing and the more desperate you become to try to get some type of recognition and fan base going, you don’t even realize you’re being screwed.  So you don’t have an established site and you don’t have any likes to lose? Doesn’t matter. You’re going to damn well pay for the ones you do get and then those are future fodder for inactive accounts.  I wouldn’t give the bastards a single nickle for a damn thing after the way they’ve treated the very life’s blood of the site. Why do they do it this way instead of being up front like I pointed out would have been the proper thing to do?  Because they know it’s bullshit. If it ain’t broke don’t fix it.  It never was broken and would have went on working just the way it always had except that someone’s bottom line wasn’t green enough.  The only thing that’s broke on Facebook is going to be any page owner willing to pay to promote their post or page.  Promoting your website is another matter.  That would be worth a few bucks, but not to me, not now, as I said, not a single nickel after this.

If they had posted an update to policy and been specific stating that the cost of overhead had risen beyond their capacity to “keep inactive” profiles on their database and quoted me a price that would allow me to keep the likes I already had from those accounts I’d have probably figured out if it was worth it to me or not and ponied up the money.  How are you to really know though if all the accounts they say they’re removing for inactivity are actually inactive or even real.  What’s to stop them from just shooting a dart and deciding this page gets to lose some today because the variations and fluctuations of likes and post reach on different pages is like day and night and it’s not simply because one page sucks and the other doesn’t. It’s because your hands are not on the wheel, Facebook’s are and until you say Fuck You I’m not paying for you to experiment with people’s lives just so you can meet your quarterly dividend they’re just going to raise the price higher and the estimates lower.
Now look at this memo that was sent the first of February to all page owners.

Doesn’t that stand to figure likes should improve as well if paying to promote a post will garner more likes?  One message is telling you how they’re improving presence and the other tells you how they’re taking your likes away.  I understand if accounts really are inactive that those likes from those accounts won’t benefit you but what if the accounts are only inactive because the people behind them are inactive because they never see the things they want to in their news feeds?  L M A O.
Whatever way you look at it, whether I’m full of it with all my suppositions or not, there is one theme that runs true-  GIVE US YOUR MONEY. You surely can-  I’m not.