A message was sent early this morning to a Facebook fan page I help admin and it contained a video of a completely nude female child who couldn’t have possibly been more than 8 years old, being sexually abused. The page owner that I admin for messaged me in total shock and disgust and told me what she had seen and requested I look at what she was referring to and to aid her in deciding the best way to bring such a reprehensible person as the owner of the profile posting the video to justice, and hopefully at the same time in some way aid the child that was shown in the video. 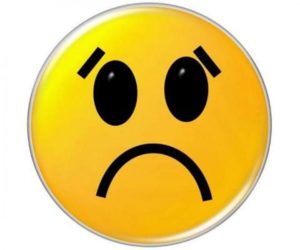 She called the police and showed them and I, after much detailed searching finally found a form to report directly to Facebook, albeit for human trafficking and not child pornography which their solution for that is for you to call the police or report it to various online sites that advocate safety for children from such activity even though their “Safety Team” states the following:

There are several tactics that my team uses to surface this kind of content when it appears, but one of the most important ways is by reports from people who may accidentally encounter it. When we receive and verify a report of child exploitation material on the site, we immediately take action. We relay every offending image, along with relevant account information, to the U.S. National Center for Missing and Exploited Children (NCMEC). NCMEC is a non-profit organization designed to help protect children that was established by the U.S Congress and partially funded by the Department of Justice. We also work with the Child Exploitation Online Protection Centre (CEOP), the Internet Watch Foundation (IWF) in the UK, and a number of anti-human trafficking organizations worldwide.  These organizations work directly with local, federal and international authorities, like the FBI and Interpol, to open their own investigations and bring offenders to justice. It is incredibly rewarding when we hear back from these groups about a report from us that has resulted in an arrest. This year alone, we have helped apprehend several dozen perpetrators around the world, and we are adding to the list every week.

They say it yet provide no contact form to do so.  This is what they tell you to do.

What should I do if I see images on Facebook of a child being physically abused or sexually exploited?

If you see images on Facebook of a child being physically abused or sexually exploited, please contact your local law enforcement immediately. They may be able to identify and rescue the child. We also ask that you report the photo or video to Facebook. If you don’t have a Facebook account or are blocked from seeing the content you want to report, you can ask a friend to help you. You’ll be able to check the status of your report from the Support Inbox.
If you see images of a child being sexually exploited, we also ask that you:
Images and videos of children being physically abused or sexually exploited are against Facebook policies. In order to aid in the possible identification and rescue of victims of child physical abuse, we may not immediately remove this content from Facebook. However, we’ll add a warning message to these posts before they can be viewed, and we won’t allow anyone under the age of 18 to view the content in the first place. Once it’s been confirmed that the child is safe, we’ll remove images and videos of child physical abuse on behalf of the child or the child protection agency that represents them.
Seeing an image or video of a child who has been abused can be distressing. We understand that people may be affected in different ways when they view these types of images, and we want to be sure that there are resources available for further support. Facebook has worked with a number of safety experts around the world to identify these resources, including social services and tips for reaching out to professionals. If you, or a child you know, have been the victim of child physical or sexual abuse, or if you’ve witnessed child physical or sexual abuse and are interested in resources or support services, we encourage you to consider the resources provided by these organizations:

Excuse me. Isn’t this ultimately their responsibility? The police in any investigation needs the profile and any pertinent information such as IP address/addresses, locations, places of employment etcetera of Facebook’s member don’t they?? Why are they so quick to pass the buck to an agency that will have to come back to them in the scope of things to gather information?
They then tell you how to report the post to Facebook from the image which works not at all when an image or video is sent in messages to a page.
I read in an article on Forbes on May 03 of this year by Kathleen Chaykowski that Facebook planned to add 3,000 content moderators to try to help stem a recent onslaught of violent videos which would bring their HUMAN moderation team to a total of 7,500. Now let that sink in for just a minute; 7,500 real people to moderate over a billion members and the content they post. Is it just me or do those numbers seem a bit out of whack? Particularly when the algorithms and whatever other methods they employ to moderate content is chancy at best.
The article also states that:

Facebook is trying to find ways to shorten the time it takes to determine if the content is in violation of their policies and to make it easier for reviewers to contact law enforcement if someone is in danger.

I beg to differ.
Try to find anything in their help files that are clearcut and will take you exactly to an answer you’re seeking. You will be passed from one page to another, from one link to the next and if you actually do have a legitimate reason to report something, the options you’re given to attempt to arrive at a fair and sensible resolution don’t exist unless it’s to report something that violates copyright laws.
When I filed my report a pop-up told me that I would receive an email shortly concerning my report. More than 12 hours later I’ve heard nothing. So much for their efforts to shorten the time, and in my opinion, even actually care. One of my fellow admins received a 3-day ban for an image of a monkey’s face that was in no way a violation of any community standards or policies less than 3 hours after its original posting due to malicious reporters, but my actual report of child pornography hasn’t been addressed, and for that very reason I also reported it to the National Center for Missing and Exploited Children at their CyberTip link. Living proof of Facebook’s continual passing of the buck. They should be ashamed.