The onslaught of thousands of Facebook Fan Pages being taken down with no warning and little recourse to the owners, other than a dysfunctional appeals process, leads many to question how far Mr. Zuckerberg and company have strayed from the principles the company was founded on, and are still touted as being core values, the very backbone on which Facebook’s Statement of Rights and Responsibilities have been built. The one common thread in all of the page removals has been that the page has been unpublished and can’t be published again, but then goes on to offer the opportunity to appeal. After registering these appeals the reply is that the unpublished pages are in violation of Pages Terms, however, the majority of unpublished pages contend they have no violations when viewed with these strictures in mind. The following and final term in the Pages Terms is this: Pages must not contain false, misleading, fraudulent, or deceptive claims or content. This is modified in the reply sent to those appealing with the addendum (ex: links to unrelated/malicious websites). What exactly does this mean and why isn’t it included in the Pages Terms? This is just one of the many questions Jason Karpowich of Mesquite, Nevada, owner of a fan page boasting over 4,000,000 fans at the time of its removal, would like answered. Moreover, he also would question the veracity of the 4th principle listed in Facebook’s Principles; Fundamental Equality, which states:
“Every Person – whether individual, advertiser, developer, organization or other entity – should have representation and access to distribution and information within the Facebook Service, regardless of the Person’s primary activity. There should be a single set of principles, rights, and responsibilities that should apply to all People using the Facebook Service.”
The sad truth of that is unless someone is a member of the Facebook Business Community and/or regularly pays to create ads and promote pages and posts, there are no advocates of any type to whom page owners can air their grievances and occasionally, not even then. This seems a far cry from the stated principle. 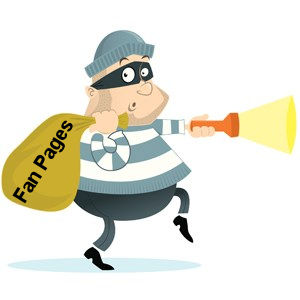 In light of these recent Orwellian purges, Mr. Karpowich has created a petition at Change.Org requesting signatures in an attempt to reach decision makers at Facebook with a request that page owners be represented by a Facebook official or officials, whose standing and integrity in the corporation be such that they are able to extend to Fan Page owners the same representation given those in the business community and other divisions of Facebook so that there is indeed, fundamental equality for all.
There are other items in the various principles that have long been forgotten by those running Facebook’s daily business affairs, that need addressing as well. Given the number of pages that were removed with no plausible explanations, Mr. Karpowich would most certainly have met his petition goal of 2500 signatures needed to send the petition to Facebook officials within the first two days of its existence, had it not been for the fear of reprisal by most of those affected. Fortunately, there are some people who are unwilling to stand for injustice, either to themselves or others and will take a stand for those too weak or fearful to stand for themselves. Jason Karpowich is such a man and we would hope that his story and passion for fairness and equality will be heard by all, and addressed in the media until action has been taken to rectify multiple wrongs done to the individuals who many believe has been the main reason for Facebook’s popularity and growth.
Without these Fan Pages Facebook will become a very boring site indeed. Sign the petition!!